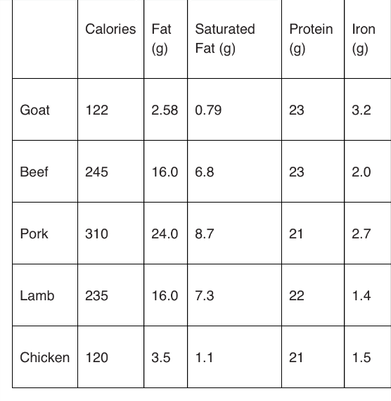 All our kids are either born naturally polled (born with no horns), or are disbudded (disbudding iron used on horn buds before horns grow in- to prevent them from ever growing in) at a few days old.

We have no horned goats for a number of reasons. First, because we have young kids. All of our goats being as docile as they are, our kids have always been drawn to hugging and hanging on the goats- and even on the sweetest goat ever- their horns are at eye level to a child. Whether the kid trips and falls, or the goat turns its head etc- there is too much of a chance that the child could sustain an injury. At the beginning of our goat raising, we thought the goats needed their horns to help defend themselves from predators- so we thought it was best to just teach the kids to be careful around the goats horns- and that the children would "learn". We only had our oldest daughter to worry about out there at the time, and she spent all her time with Malia- a Fullblooded Boer doeling we had bought and was a bottle baby. Malia was the sweetest doe, wouldn't hurt a fly- and she and our daughter were inseparable. As the doe got older, the more her horns grew- and one day, while our daughter had her arm over Malia's shoulder as she ate, the goat did nothing more then raise her head slowly- it caught our daughters nostril- and gave her a bad bloody nose. But 2 inches higher, it would have been her eye. So we started disbudding ALL the new kids from then on- and started the process of slowly replacing all of our horned stock with disbudded or polled offspring.

We started out with the idea that a horned goat may be able to have a chance (even if slim) to defend it self from a coyote or other predator. After a few years however- we found this simply is not the case. In fact, a horned goat is actually more at risk to predators on a farm setting. If you use fencing anywhere on your property, chances are your goats at some point or another will decide that "the grass is greener on the other side'', and will stick its head through the fence to eat the other side. After having this happen over and over- and seeing that once the horned goat gets its head in, it can NOT get it back out- so it stands there stuck- and hollers its distress to have us come get it out. Problem with this, is we aren't the only ones listening to "distressed goat" sounds. And if we aren't home, or the coyote is closer- the goat has no way to either run OR defend itself. So the goat stands there completely helpless, and voices this into the countryside.

Goats are also by nature somewhat confrontational with each other. Even our sweet tame herd enjoys their "Goat Play" out in the field, establishing their pecking order and playing 'king of the mountain" on a bale of hay- and head butting is part of this. It seems violent to us, but is completely natural to a goat. But the fact is- our goats aren't in their "natural" wild environment, and when they are in close quarters, like the barn- you run an increased risk of one of the dominant ones butting a younger or less dominant one in the side. Even without horns this could cause a miscarriage in a pregnant doe- and with horns the damage could be much worse.

Goats also learn to use their horns to their advantage as they mature. Whether by working their way up the pecking order, or by using it to push their way through the herd or a gate. Bucks especially will find any way possible to get to a doe in heat- jumping a low fence is only the beginning of a bucks attempts- and horns are quite a tool for them. We have had bucks learn to use their horns to lift gates off their hinges. We have also had bucks destroy lots of fence with their horns- by ramming it until they push a hole through it, by hooking their horns on it and pulling a stretch of fence off the posts, jamming their horns at the base of the fence along dirt and prying the fence up so he can fit under, and more.

I wish we had been told, or found more info on the topic of horns when we first started out with goats. It would have been much easier to start with a hornless herd then to faze over to one after learning all these lessons. So when anyone asks me about the horns/no horns issues with goats- I would encourage them to avoid the hassles we went through, and start with disbudded/ polled goats. 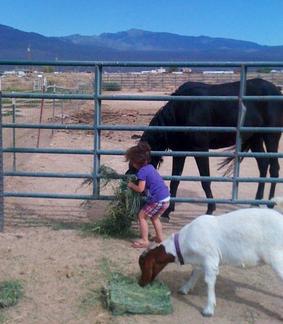 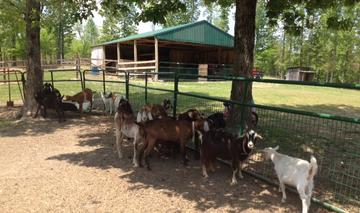 Western Family Ranch has proudly been raising quality Dairy and Meat goats for over 9 years. We average about 30 goats at a time in our herd. All our goats are handled daily from birth, and are "tame"- in fact most believe they are dogs, and cant figure out why they aren't aloud in the house!

Our herd consists of Saanen, Nubian and Alpine Dairy Does, and Fullblooded Boer and Boer cross Does. 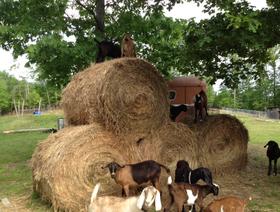 Feeding the Horses with Malia

So with young kids- how can we have "pet" goats, and also use some to fill the freezer? The answer is simple- our children have a full understanding of where meat comes from. They like meat, so whether it comes from the grocery store or from our barn- they know what it means to have that piece of meat for dinner. When our goats kid, our children know that they can only name and get attached to doelings. You don't need a lot of bucks for a herd of does- so that means that if a buckling isn't sold by weaning, he will be banded (castrated) and raised as a meat animal. The only way to emotionally raise an animal for your dinner table is to designate it as such from day 1. You cant possibly name, and get yourself emotionally attached to something you intend to raise for meat. So the kids name all our doelings, not the bucklings.

Its hard for a lot of people here in the United States to see goats as a "meat" animal. But the fact is that for roughly 80% of the world population- the primary meat source isn't cow- its Goat! And if more of us Americans knew how healthy goat meat is compared with others they would be shocked. With higher iron then beef, and lower fat content then even chicken! This lean meat is an often unheard of healthy alternative to beef, pork and chicken! For any that say, "I've tried it, didn't like it." That means chances are it wasn't prepared right. Goat is very lean- so must be cooked slowly, or it will dry out and be tough. I've had friends over that "didn't like goat when I tried it" that genuinely didn't believe my crockpot goat roast wasn't a beef roast.

Our goats are used for Dairy and Meat purposes. Our children have been raised on goat milk, and do not like the taste of store bought milk- they call it "gross"and "its not fresh mommy". And when you have been raised on fresh goats milk that you got straight from the source- I guess that makes sense. We love making homemade cheese. Mozzarella is the easiest to learn- and most versatile! Doesn't get much better then making a homemade pizza- using some flour and oil in a basic dough recipe, then homemade red sauce made from tomatoes and basil from your garden, then topped with homemade Mozzarella goat cheese- doesn't get much better then that! Talk about spoiled! Retail pizzas will never be the same after you've done it all on the farm! 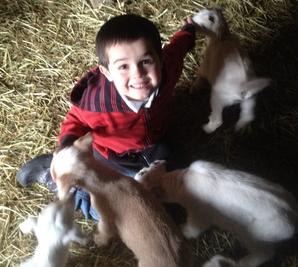